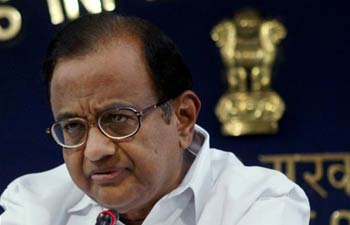 Finance Minister P Chidambaram on Monday favoured mergers in the banking industry so that India can have two-three global sized banks.

“The need for two or three world sized banks in an economy that is poised to become one among the five largest in the world is rather obvious,” he said in the inaugural lecture on the occasion of Annual Day of Competition Commission of India.

Favouring mergers of banks, he said, “We have seen bank mergers lead to too-big-to-fail entities.”

Chidambaram further said while restructuring may be needed in some sectors, mergers may reduce competition in certain segments or geographies substantially and may alter competition between banks and non-banks.

“Are our regulators well positioned to evaluate the consequences to competition in different sub-markets and across regulatory jurisdiction?,” he asked.

In the annual monetary policy, the Reserve Bank of India had said it would release a discussion paper on banking structure in India by end-June 2013.

The discussion paper, among other things, would cover issues such as consolidation of large-sized banks with a view to having a few global sized banks and desirability and practicality of having small, localised banks as preferred vehicles for financial inclusion.

Country’s largest lender State Bank of India (SBI) has acquired board approval for the merger of its remaining five associates with itself. It has already amalgamated two of its subsidiaries.